Blueberry vs Bilberry: what's the difference?

They look similar, and they taste similar, we are usually confused and call them with the generic name
"blueberries", no matter if we mean the bilberry (European blueberry) Vaccinium myrtillus or the American blueberries, but there are actually some important differences in the nutritional value and the way they grow. Let's find out more! 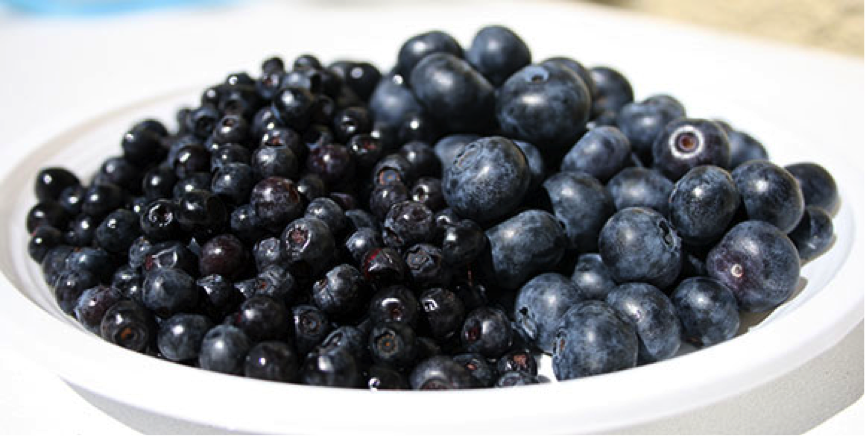 Bilberries and blueberries are both known for having positive effects on human health and for being high in antioxidants and anthocyanins. However, wild bilberries typically contain these compounds at much higher levels -- up to four times higher, more than any other berry. According to HealWithFood.org, eating blueberries or bilberries regularly can be a good way to keep your skin healthy, prevent acne and even reduce the risk of varicose veins. 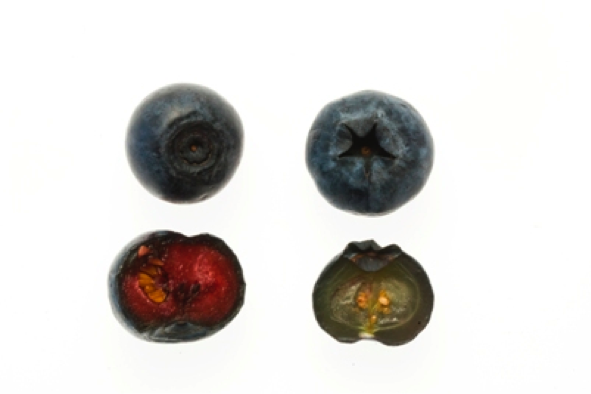 The wild Bilberry plants are very delicate, the fruits can only be picked manually because machines would harm them. Especially in protected areas, such as the northern Apennine Mountains (one of the largest growth areas in Europe), the use of machinery is forbidden by law, as the local authorities have recognized the importance of this tiny superfood for the local economy.

Unfortunately we can't find bilberries in the supermarket. As representative of the "slow food movement", these berries are available fresh only in the growth areas of the world, shipping them would be far too expensive. Despite being largely present in Health Stores as concentrates, they are now also available as juices, syrups or jams.